When looking for a tablet for professional or recreational use, Apple and Microsoft products are what come to mind for most people due to their prevalence in modern American culture. The branding war between these two technology giants has waged back and forth for many years, but in the midst of these ongoing battles, could there be other sleek, fast and reliable tablets that have been overlooked?

Everyone has heard of Sony, but unfortunately, Sony’s tablets are not as well known by the American public. After all, even your 3-year-old niece knows what an iPad is, but have even half of your friends heard of the Sony Xperia Z4? The good news is that we’re here to tell you about Sony tablets, which have been overshadowed for too long by other big-name competitors. In this article, we’ll address some frequently asked questions regarding Sony tablets, and we’ll also provide details and make recommendations regarding the best Sony tablets overall.

1. What Operating System Do Sony Tablets Use?

In general, Sony tablets use various versions of the Android operating system.

2. Where Can I Buy Sony Tablets?

Sony tablets are a little more difficult for U.S. customers to find, particularly older tablet models. Amazon, Amazon third-party sellers and eBay sellers still carry a wide variety of Sony tablets—just make sure you buy from a reputable seller who offers all the specs and details up front. This is especially important if you need the tablet to be compatible with your phone or data plan.

3. What If I Need Help With My Sony Tablet?

If you need to troubleshoot or ask a question about your Sony tablet, you can visit Sony’s online support portal at www.esupport.sony.com. Go to “Product Categories,” hover over “Computers,” and click “Tablets.” From there, select the model of tablet that you own, and it will take you to a page that shows you video tutorials and gives you links to the User Guide, troubleshooting and the support forum. You can also search various support topics in the search bar located toward the top right-hand corner of the screen (if viewed from a computer desktop). You’ll find a lot of great information on operating your Sony tablet in the User Guide, starting with the basics of getting started and downloading apps.

How We Reviewed Sony Tablets 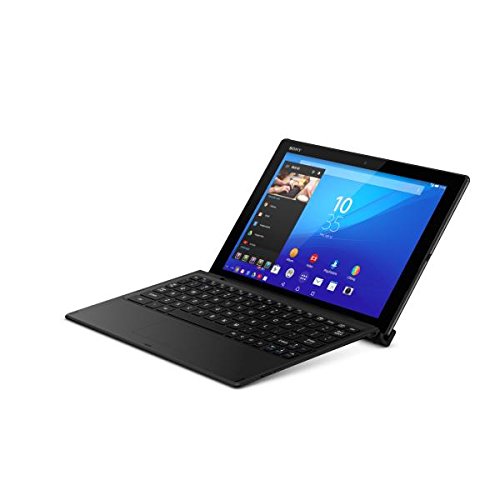 In order to come up with our recommendation for the best Sony tablet, we made sure to research a wide variety of reviews. We studied reviews of average consumers as well as technical evaluations and product feedback from IT specialists. As it stands, Sony’s lineup of tablets is somewhat slim, and its latest model, the Xperia Z5, is not yet available and configured for United States customers as of early August 2018. That said, Sony does have some quality tablets on the market, and though they are not nearly as easy to come by nowadays as an iPad or Surface Pro, we are recommending the products below for Android fans due to their quality and high-performance ratings.

To offset the sticker-shock, the Sony products featured below do get high marks in terms of performance, so you can be reasonably sure that you’ll eventually get your bang for your buck with frequent usage. While some of the models highlighted below can be found on sale if you search hard enough in the remote corners of the internet, you’ll want to make sure that they’re in satisfactory condition (if pre-owned) and that they’re compatible with phone/data plans in the U.S. if that’s where you’re based. 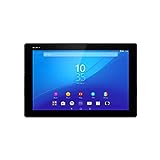 The Xperia Z4 is built with a plastic body and an aluminum trim. It’s extremely thin, measuring only 0.24 inches thick, and it’s lighter than an iPad Air 2. This tablet is constructed with a widescreen display, making its dimensions preferable for watching movies, which you can view can in HD. Its engineering also includes waterproofing, and its IP65 and IP68 certification means that it would survive just fine if a drink were accidentally spilled all over it. Aside from 32GB of memory, the Xperia Z4 also has a slot compatible with a microSD card up to128GB in capacity. As an added plus for gamers, PlayStation 4 games can be streamed directly to the tablet, which is pretty handy when a TV screen is unavailable or too difficult to transport. Both the standard and LTE models of the Xperia Z4 were launched in March 2015.

The Xperia Tablet is a slim, high-performing tablet with an incredibly long battery life. It measures less than a quarter inch in thickness, and its 8-inch screen means that it’s easy to slip into a laptop case or the average handbag. This tablet’s extremely long-lasting battery provides you with up to 1,100 hours of standby time, up to 170 hours of music listening time and up to 15 hours of video playback time. It’s essentially the perfect travel companion for international or cross-country flights. The Xperia Tablet is built with 3GB of RAM and is compatible with microSD up to 128GB for expanded memory.

The Sony DPT-RP1 Digital Paper is an e-reader tablet that eliminates the frustration and waste of traditional paper forms and notebooks. It features a sharp E Ink Mobius high-resolution display with more a responsive touchscreen than its predecessors so that notetaking feels natural, as if you were writing directly onto paper. The DPT-RP1 Digital Paper also has more internal memory than earlier versions and includes some pretty nifty new features. For instance, the Slide Note Function allows you to move through a document on one part of the screen while still taking notes on the other, and an advanced search function allows you to search by words, author, title or even stars and asterisks. Another extremely useful feature is the tablet’s ability to transfer documents via WiFi or Bluetooth to Mac or PC. While the DPT-RP1 would not be a tablet of choice for streaming shows or gameplay, those in academic, financial, scientific, medical and legal fields can find much use for this digital pen and paper.

Comparison of the Best Sony Tablets 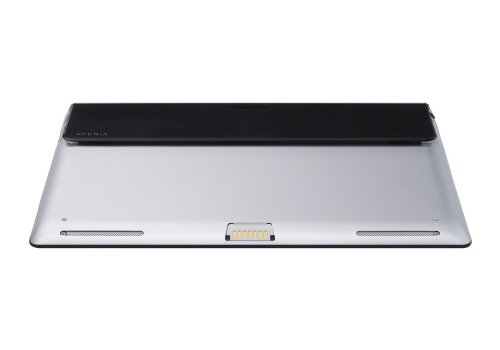 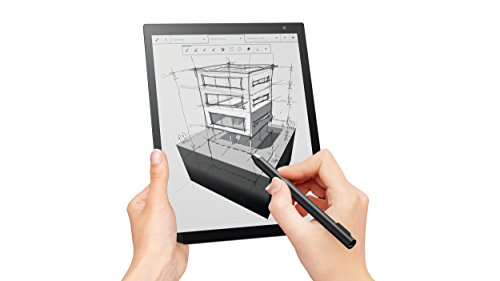 When considering a Sony tablet, you can be fairly confident in the product’s quality and ease of use. If you plan on using your tablet mostly at home and mostly for entertainment, we recommend the Sony Xperia Z4. Whether you’re watching your favorite show while you cook or streaming straight from your PS4 while the TV is being used by other household members, the Xperia Z4 is going to give you a solid viewing and gaming experience in vivid HD.

If you more often find yourself on the go and need a mobile device that’s up to the task of lasting for long hours without a recharging break, you’ll probably be most satisfied with the Sony Xperia Tablet. Its outstanding battery life will last throughout an entire conference or international flight without breaking a virtual sweat. While also smaller, slimmer and lighter than its normal-sized counterpart, the screen of the Xperia Tablet is still large enough to be functional and not frustrating.

It’s somewhat trickier to recommend Sony’s DPT-RP1 Digital Paper. As mentioned, this tablet has some pretty “handy” features, particularly for those who prefer to handwrite notes and who must review and mark-up documents on a regular basis. Its price range is beyond that of most college students—in fact, its price range is beyond that of most average consumers’. In addition, the product is also at a disadvantage because of the limited file type it supports and its lack of a mobile app or cloud connectivity. However, those in academic, legal or scientific professions could find the digital paper quite useful in terms of managing thousands of notes and documents from one tool and being able to move those items to their computer. The DPT-RP1 reduces space and paper, it’s highly portable, and it features an advanced search function as well (which trumps paper notebooks completely). Basically, if you can afford this tool and if you use it on an almost daily basis for professional work, you’ll probably be glad that you have it.