When it comes to shopping for a new television, there are more choices than ever before. Long gone are the days when you simply shopped for size and quality. Today televisions, or displays as the industry is more apt to call them, feature everything from built-in streaming services to multiple inputs/outputs and sizes that will fit snugly in the kitchen or feature prominently in a cinema-inspired media room.

More than that, there are dozens of television manufacturers. Some are well-known brand names like Sylvania and Vizio; some are less so like Element and Funai Electric. All are trying to keep up with the competition and attract your business.

In this article, we turn our attention to Seiki and its line of high-definition TVs. By the end of this article, you should have a clear view of what Seiki is, the TVs it sells, what customers think of those televisions and which one to choose if you find yourself in the market for a Seiki TV. 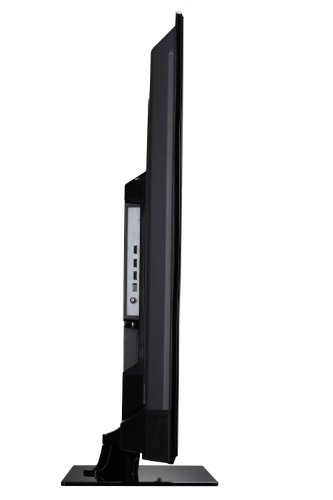 Seiki Digital’s headquarters is in Diamond Bar, California. Though it is an American company, it is a wholly owned subsidiary of Tsinghua Tongfang Company, headquartered in China. The company began with a focus on providing customers with high-quality televisions at a competitive price: what it calls a “best value” TV. In recent years, it has expanded its offerings to include small appliances and other consumer electronics.

Its parent company is based in Beijing. Tsinghua Tongfang is primarily a software company but also deals in consumer electronics. Its offerings are expansive, however, and include information and application systems, and environmental and energy technology. It sells televisions under the Seiki brand as well as the Element Electronics and Westinghouse Digital brands.

What Types of Television Does Seiki Make? 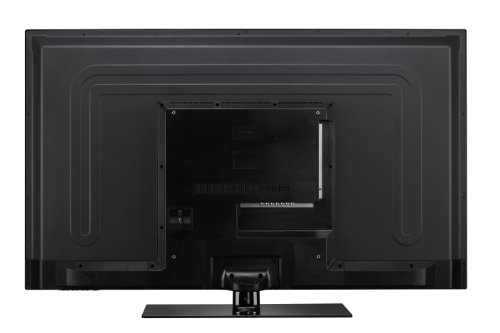 Consumers will find three types of televisions in the Seiki line: Ultra High Definition (UHD), Full High Definition (FHD) and High Definition (HD). All have LED (light emitting diode) displays, and each comes in a smart version. To get a better sense of what all that means, let’s work through some explanations and examples. 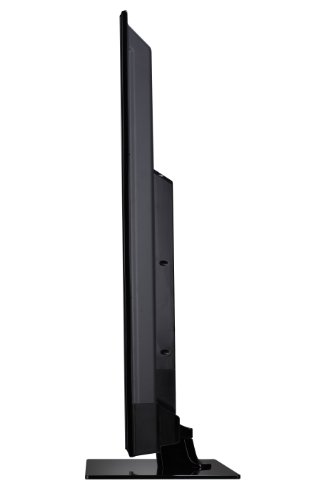 A smart TV is a television with an internet connection. Almost all smart TVs are Wi-Fi compatible or have a port that will allow you to connect the set to the web. Most smart TV viewers use the television to easily access streaming services like Netflix and Hulu. Several include apps you might find on AppleTV or Roku like YouTube or SlingTV. Shop around and you may find a smart set with a camera and a connection to Skype, Zoom or other video conferencing software.

The largest Seiki television clocks in at 65 inches with the brand’s LED smart UHD displays. The smallest and most affordable is its 32-inch LED HD television. Each has its own unique features.

Seiki’s top-of-the-line television offering gives consumers 4K resolution at a middle range price. The company offers the display in three sizes: 65-inch, 55-inch and 49-inch. Each set comes with built-in Wi-Fi and Ethernet connectivity. Out-of-the-box apps include Netflix, YouTube, AccuWeather, VUDU, Pandora and more. It can support everything from 480i to 1080p, and with the right HDMI, 4K2K and 4K2K 60 Hz.

Most are not fans of the price, however, since the always-affordable Seiki sometimes sells for more than bigger brand names or affordable competitors like Vizio that can also provide displays of somewhat better quality. More technical critics call out the set’s lackluster HDMI ports, which they say are not of the quality one would expect in an UHD display.

Customers on one retail site give Seiki’s UHD television positive reviews overall. More than 60 percent of reviewers give the display four or five stars. Only 18 percent rank the TV with one star.

Those who gave the UHD TV high marks said the display does what it’s meant to do, which is provide UHD resolution at a low price. “There are no fancy bells and whistles here,” one reviewer writes, “but rather a mid- to high-quality” television. Many also find the display useful for gaming and programming.

Consumers critical of the television dislike some of the latency rates and bemoan the effectiveness of the set’s remote control (it works intermittently or not at all after a short distance). Others complained about the HDMI ports much like the professional critics, having to plug and unplug the cable to get the proper feed.

A step down from Seiki’s Ultra High Definition offering is the company’s Full High Definition or 1080p display. The 40-inch set is available as a smart television or simple FHD. Similar to its UHD version, the FHD comes with built-in Wi-Fi and Ethernet connectivity. Stream shows and video from Netflix, YouTube, VUDU, Pandora and more with the smart version. The display supports 480i, 480p, 720p, 1080i and 1080p content.

Like Seiki’s other offerings, the 40-inch display is pretty bare bones. Beyond its advertised resolution rate, the display offers a trio of a HDMI ports and nothing more. Consumers looking for an inexpensive full-HD television with no plans to do any gaming or use the display as a monitor should be happy with their purchase, though.

The majority of people who have purchased Seiki’s 40-inch television are happy with their choice. More than 70 percent of customers on one retail site give the display four or five stars. Reviewers applaud the picture which they say is as good as more expensive brands. One reviewer believes only professionals could really tell the difference between picture quality, and they would have to look hard for that difference.

Setup is simple, write some reviewers, though expect to adjust a number of settings to get the picture just the way you want it. A number of users say the set works fine for gaming. Still others say this display is for TV lovers on a budget.

Complaints, even in five-star reviews, center on sound quality. While the picture is crisp, the set’s audio leaves a bit to be desired for many consumers. Another big red flag among low scorers was longevity. The display quit working for a number of consumers less than a year after purchase. Others had video display issues they could not resolve and poor interaction with Seiki customer service when trying to correct issues.

If you are in the market for a simple high-def television, maybe for the bedroom or a kitchen nook, Seiki offers its smart and standard LED HD displays. The HD version comes in a compact 32 inches. Like its sister displays, the HD’s smart version comes with built-in Wi-Fi and Ethernet connectivity. Connect to Netflix, YouTube, VUDU, Pandora and more directly from the display.

Consumer response to Seiki’s smallest set is much the same as its larger displays. Reviewers are generally impressed with the image quality and color accuracy for the TV’s price point. It is a bare bones product, however, so buyers should not expect bells and whistles. While many reviewers eschew the display for gaming and computing, many customer reviews give the set high marks for just that.

Nearly 75 percent of customer reviews on one online retailer score the set with four or five stars. About 12 percent think the TV should be in the bargain bin. Most five-star reviews tout the little set’s picture quality. Note that many reviewers write that the quality is not perfect, but for the price – some sets sell for less than $100 – it is better than expected.

Those who gave the TV one star encountered various problems, from sets that would not turn on to difficulty getting a replacement for a defective purchase. The overall theme was the same as the five-star reviewers – picture quality – of which one-star reviewers felt there was none.

How Much Do Seiki TVs Cost?

Seiki offers what it calls “best value” televisions, and the price point on its models matches that description. In the list below, you will find examples of brands and models comparable to Seiki.

How to Pick the Right TV

Whether you decide to select a Seiki television or another brand, you should consider a few things before you make a final decision. If you are looking at Seiki TVs to begin with you may be on a budget, so don’t think you have to follow all these suggestions. Use them as thought starters and questions to ask sales clerks on the floor.

First, if you can swing it, consider buying a TV with UHD or 4K resolution. This will help you get the most longevity out of your set since content will eventually move to 4K. The TV should also have a 120 Hz refresh rate.

Quality bargain UHD TVs tend to fall in the $500 to $900 range for 50- to 65-inch sets. Keep your eye out for HDR-compatible TVs, too. HDR stands for high dynamic range and expands a display’s contrast, making images feel deeper and more textured. It enhances color, too, creating a vivid moving image.

Most experts say leave curved TVs at the door. They are more fad than tech enhancement. Not a fad are smart TVs, but don’t let a salesperson – or price tag – suggest this is a fancy feature. Also, don’t fret the set’s sound quality. As displays grow thinner sound is sacrificed. To combat this, consider investing in a soundbar.

Seiki’s mission of delivering “best value” televisions seems to hold true after comparing prices for similarly built displays and reading through dozens of customer reviews. Of course, consumers need to understand that purchasing a Seiki set is buying a simple product that delivers on a short list of promises. The company’s TVs are not high-end media machines. If you are on a budget and your expectations are simple, Seiki may be the one for you.